A Fibonacci tree is defined in the following way: on level 0 there is the root, which has a single child on level 1. Then each node from level i, with i > 2, has as many children as its parent together with its grandparent (its parent's parent).

Then we do a breadth first search traversal of the tree and we label all the nodes with numbers starting from 1 and increasing with 1 unit, beginning with the root.

Each node is initially inactive and it will be activated once an operation of type 1 is performed on it. More generally, the operations we can choose to perform on the tree are as follows:

The first line of input contains a single integer M - the number of operations.

The next M line of input contains one of the described operations, having the format above.

For each operation of type 2, print the requested value. 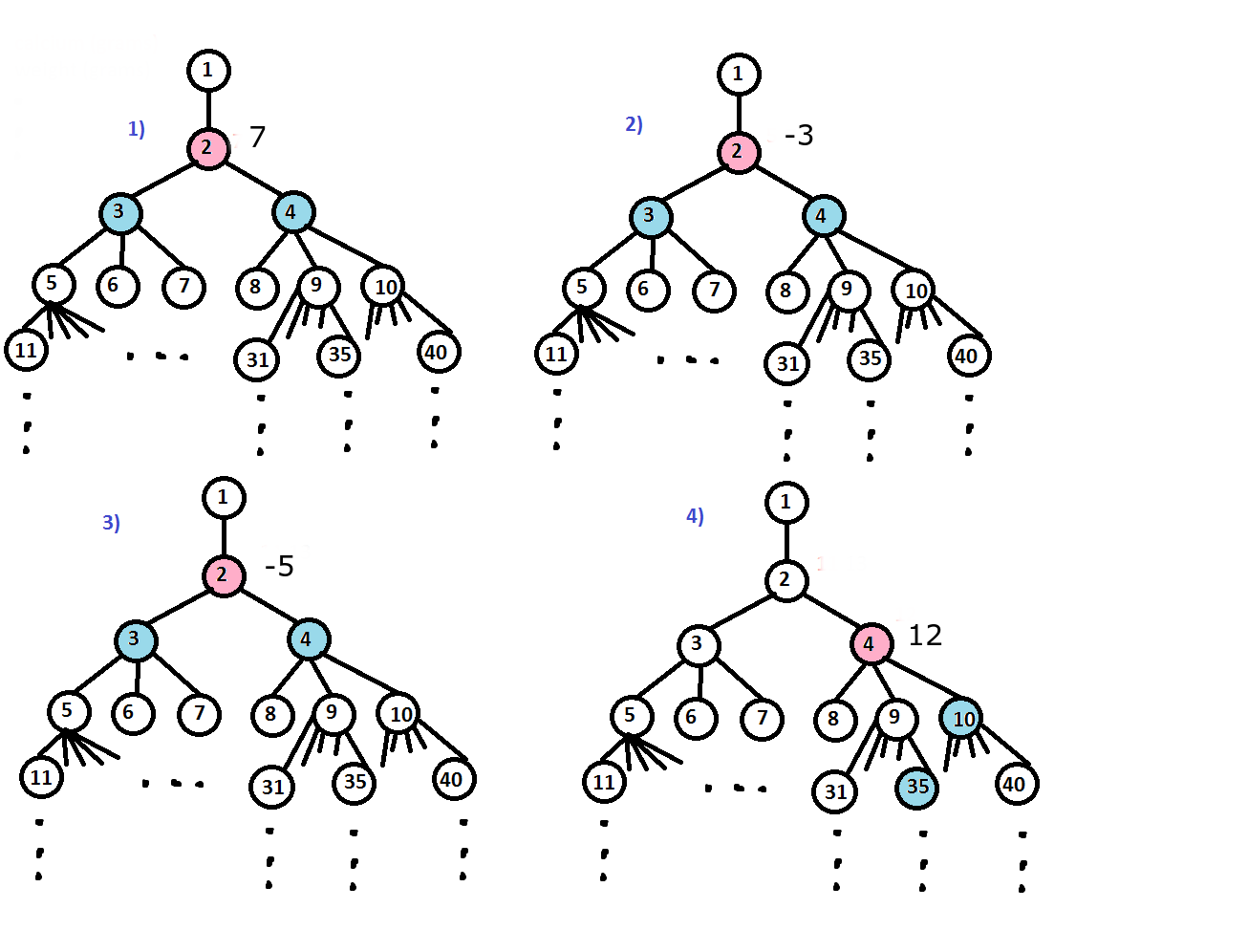